Why Elon Musk Is Pushing Dogecoin To Cryptocurrency Ecosystem. Things You Need To Know

One and only Tesla’s CEO seems to show interest in Dogecoin and is back once again promoting it on Social media. Elon Musk on Monday took to Twitter to promote Dogecoin by posting ‘Dojo 4 Doje’ showing his undying support for Dogecoin to join the Cryptocurrency world.

Here is the Tweet that made Dogecoin jump from $0.0544 to $0.0597. While the actual meaning of Dogecoin may not be what Elon is interested in. Dogecoin means a training facility to teach martial arts to kids.

What Elon Musk is promoting by Dogecoin is his team’s new neural network that is in development and is going to be called ‘Dojo’. Not everyone is aware of the Cryptocurrency world but Elon has taken great interest in it from time to time. On Saturday he made another statement stating that Bitcoin and Ethereum have hit the markets at the highest and the market has hit more than $1 trillion Reuters. 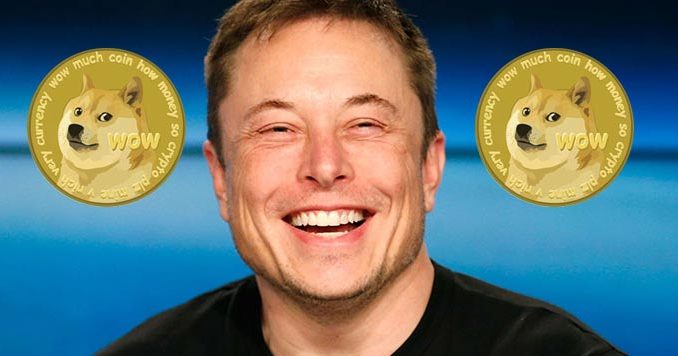 Here is the email thread that may interest all our Cryptocurrency fans!

According to @elonmusk "Bitcoin is almost as BS as fiat money." So Musk regards both #Bitcoin and fiat as BS. I agree, I just think Bitcoin, which is digital fiat, is even more BS than the paper fiat issued by central banks. #Gold is not BS. It's real money and better than both!

Elon, however, has been seen favoring and promoting Dogecoin has invested $1.5 billion in Bitcoin and not in Dogecoin, and has with ease answered everyone’s doubts about his investment. Elon has been an advocate of Cryptocurrency as becoming one of the fastest-growing currencies and a technological bizarre, he has also often spoken about being safe white using and investing in cryptocurrency.

Being smart with your money is always advised and that is what Elon preaches, he surely has a lot of faith in Cryptocurrency becoming the new world currency and we do stand by him.