‘That Winning Feeling’: Sunil Chhetri Gets An Open Letter From A Bengaluru FC Fan

'There is always something to be won. When it's not a title, it's faith' - A Bengaluru FC Fan For Sunil Chhetri

by Newsroom Desk
in Sports Fever
0

Dear Sunil Chhetri, we sometimes forget what winning feels like…

And it’s alright. I’m told philosophy, on some days, is the only comfort for a sportsperson. That makes sense because all the weeks of pushing oneself to gain that extra second, practicing a drill to precision, fighting pain, and training the mind can crumble in the face of one wrong turn or a drop of the shoulder. So let me just start by reminding you that ‘winless in eight’ isn’t an entirely disproportionate yin to the yang of ‘six in six’, is it?

I’m probably preaching to the choir here but missing the high of a win every week points to a good habit. We have put that habit down to many factors – a certain Mr. Westwood who first showed us that grit and toil were as good a currency as any on the pitch; the CXOs who to this day back the sport with their smarts; and our jefes from that storied institution. Then there’s one name that has been a constant through everything – yours.

We are no strangers to success but it is easy to forget that we have endured some painful gut punches as well, in these eight odd years. We were in the stands when Bello Rasaq rose in the 87th minute to deny us a win for the ages. Heads in our hands in disbelief, it was our first lesson in resolve. A couple of years later, the unpleasant history repeated itself. This time, it was a Raphael Augusto strike in the 67th minute. As the boisterous celebrations of the away contingent kicked off at our fortress, there were tears shed all around. But through it all, that was also the night we found that there is a bit of steel in every vein of this football club. 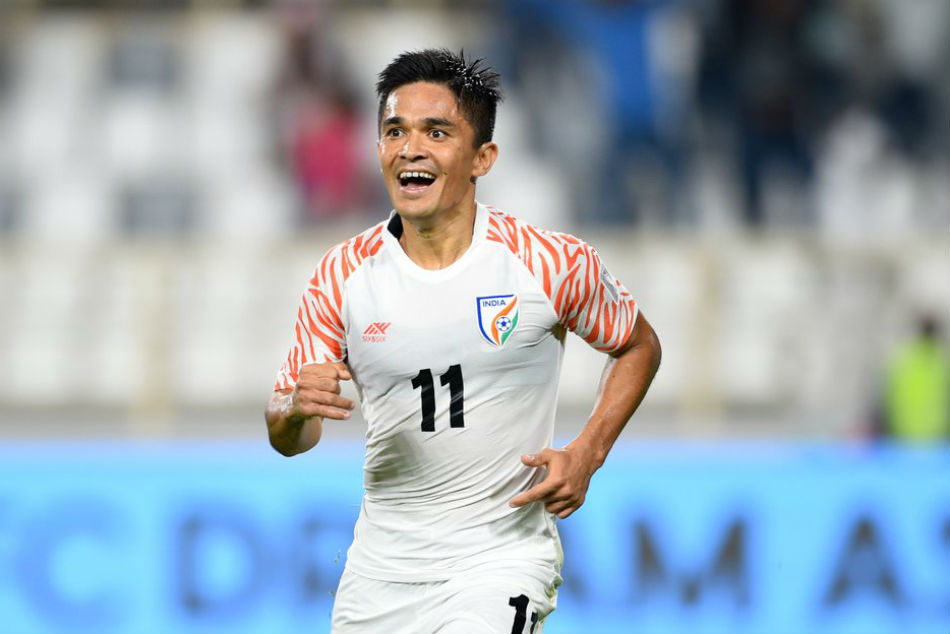 You seem to have forgotten in this mist so let me remind you that it was you who asked us one day to have no doubt when we come into the stands. It was you who told us in the throes of defeat that our work to win back that title begins tomorrow. When the big guns came to town, it was you we turned to. That 30-yard wonder strike against Johor Darul Ta’azim that sent West Block into raptures – you stood by calmly as an ecstatic Alvaro Rubio crashed into you. That calm also opened up the floodgates against the North Korean heavyweights, April 25. The opposition never fazed you. You ran past half of a Kyrgyz Republic side to score a goal that earned a news cycle all on its own. The occasion never fazed you. I mean, who scores off a Panenka in a semi-final against a national team goalkeeper? Or for that matter, how do you chip an onrushing keeper on a day when an entire nation had heeded your call and seemed to ask, “okay we’re watching, now what?”

I’m no sportsperson, but do you know what the winning feeling is like for me? Beating the traffic and getting to my seat just in time to see you lead our boys out. That winning feeling is seeing you track back through the length of the pitch with seconds to go on the clock. It’s seeing your five-foot-seven-inch frame tower over a crowd of bigger, taller defenders to head in a goal, time and time again. The winning feeling, for us fans, is not in the result or the points, but in the gift of seeing our band of Blues leave everything behind on the pitch.

I’ll be honest, you and your boys have spoiled us. Perhaps that’s why it sucks so much to be winless in eight games. That said, I’m reminded of the story of a manager who took on a job that was seemingly too big for him. He once went winless in eight games too, with his side almost ending up in a relegation battle. All it took was one headed goal in the 56th minute of the ninth game to turn that story around. He went on to win 38 titles in England and Europe after that. Oh, and he was knighted.

Allow me to go back to some philosophy. If the Buddhists are to be believed, this funk you find yourself in, will pass like a cloud. When it does, you will see that there is so much still to play for. We may have to wait before we can sing your name from the terraces again but know that you are the one we still turn to. This season is far from over. Do you remember the night of July 19, 2013? I have only heard of it in stories. A day before the club was to be launched, we reportedly didn’t know if we would have a full team to showcase. A day before our first-ever game on September 22, we weren’t sure if anyone would turn up to watch. Thousands showed up on the day and that rag tag team won the league. I suppose that’s the thing about sport; there is no eleventh hour in it. There is always something to be won. When it’s not a title, it’s faith.

In Face Of Majority Opposition From Premier League, Liverpool And United Must Leave And Join EFL!